A play is a literature form that was written by a playwright. This form of literature is intended to be performed in a theater as opposed to only for reading. It usually comprisescharacters, dialoguing with each other. There are different levels of performance for play. They include school or university productions, community theater, regional theater, off-Broadway and Broadway. Plays could either be a full performance in a theater or a work, written by a playwright. The genres of French play include tragicomedy, tragedy, satire, romance, mythopoeia, lyric, nonsense, erotic, epic, drama and comedy. Some French plays include The Weaker Sex, The Two Segments, Topaze, The Captive and Tessa. 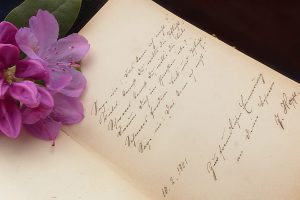 Poetry was derived from a variant form of a word in Greek – poiesis, which implies to make. It is a literature form where rhythm and aesthetics language quality are used. French poetry is a French literature category. French poetry includes poems composed in French language within and outside of France, as well as poems that were written in other France languages. The number of syllables is usually used to determine the metric line in French poetry as opposed to the number of beats. This is due to the fact that French do not have short and long syllables as obtainable in Latin or have stress accent as obtainable in English. Some poetic forms in French poetry include Ode, Sonnet, Virelai nouveau, Villanelle, Jeuparti and Aube. Some notable French poets include Dominique Sorrente, Jean Daive and Seyhan Kurt.

A novel is a long, usually prose, narrative that discusses events and characters that are purely fictional, in a sequential story form. The fact that novels are fictional work is what differentiates them from historical works. The novel is reputed to be the longest narrative prose fiction genre. Flash fiction, short story and novella are shorter types of novel.How long a novel is, in terms of pages is very important as a novel’s length is an important criterion in the system for ranking novels. Some genres of French novels include speculative fiction, romance, philosophical, LGBT, historical, graphic, erotic, crime, children, bildungsromans, autobiographical and adventure novels. Some popular French novels include Windows on the World, Whatever, Villa Amalia, Superstars, Suicide and Sire amongst others. There are several popular French novelists. Some of them include Emile Zola, Marguerite Yourcenar and Bernard Werber.